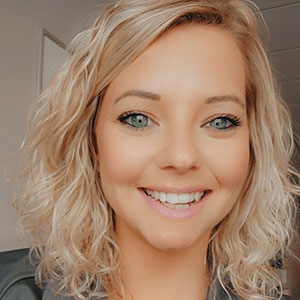 Megan is with Wireless World – Verizon on 41st and Kiwanis. She started with the company in August of 2019 as a Wireless Consultant and shortly after became a Business Account Consultant also. Prior to Wireless World, Megan was with Buffalo Wild Wings for 6.5 years as a Manager. She is originally from Beresford, SD, and graduated from there in 2009. After finishing high school, she attended classes at both Dakota State University and South Dakota State University before moving to Sioux Falls in 2014. She has four siblings and is the middle of the five children in her family. Megan likes to spend her free time going to live music events (when applicable) and spending time with family, friends, and her dog Benson.